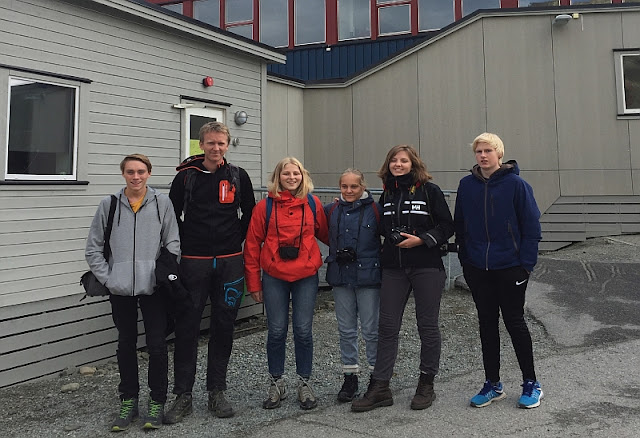 In Svalbard the mountains, the former friends and protectors of the community, have become the "enemy". Lisbeth Iversen (NERSC), representing the INTAROS project and students from Amalie Skram High School in Bergen, Norway, as part of the Regimes project, tell us about the first day of their field trip meeting community members in Svalbard.

Tuesday the 8th of August 2017 we visited the Longyerbyen school and had the opportunity to ask questions about everyday life at school  in Longyerbyen, about  challenges like heavy rainfall, avalanches, melting permafrost, ice-free fjords etc. We were told that Longyerbyen has changed a lot over the years, from a society based on mining and industry, lacking a local political management, to a society with a local council or board of politicians, established in 2007. Many people nowadays want to stay here also after they retire, and even some young people who spent their childhood here, are coming back to study or work. Longyerbyen is to a larger extent becoming a place where a more stable society is developing, even though a lot of people still only live here for shorter periods of time.

Information and warnings are vital
Since just a relatively limited number of people have lived here for several years, the collective memory is lacking compared to other cities where people live their whole life, and pass on information about the possibilities and dangers of the place to the next generations and to newcomers. This means that it is very important to give a lot of information and warnings to people who come to spend some time here.

Research about local conditions is also very critical in order to try to predict what could be possible climate scenarios in the short and long term. Some people who have been living here for many years, are experiencing climate change in many ways. There is for instance no ice on the fjords in the winter anymore. This is creating challenges when it comes to transport to areas that earlier could easily be accessed by skiing or snowmobile.

Melting permafrost and avalanches endangering life
The permafrost is melting, pushing up wooden foundations of houses and buildings and creating challenges for the infrastructure like pipelines and roads. This also causes problems at the local church yard. Students experience that the floor in their homes are uneven, and that doors in their houses need to be adjusted several times a year.

There has been an increasing number of earth slides and avalanches, damaging houses and causing deaths. Nevertheless, people often become attached to the place, and a local governance and political leadership is strengthening the possibility of a more stable and long term settlement. “People feel they have roots here, even though the permafrost is melting” one of the locals stated.

Former friends perceived as enemies
The Governor of Svalbard who we also visited on Tuesday, told us that people used to look at the mountains around Svalbard as "protective friends" who safeguarded them from a harsh climate and strong winds. This is also expressed in the local song of the Island: the Svalbard- song. Nowadays, the inhabitants have to be careful walking in the hillsides and the mountains, sometimes they are not even allowed to go close to them for safety reasons. Some houses close to the mountains have been demolished due to damage in avalanches, and roads are closed from time to time." The mountains, the former friends and protectors, have become their "enemies" and people have mixed feelings about their mountains", the Governor stated.

It has been an eye opening day at Svalbard, and we have learned so much from the inhabitants we have talked to. Local knowledge and community based monitoring and observations is a key aspect of INTAROS and something we will continue to address over the lifetime of the project. 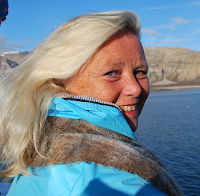 Popular posts from this blog

Arctic Safety Conference in Longyearbyen 13-15 May 2019 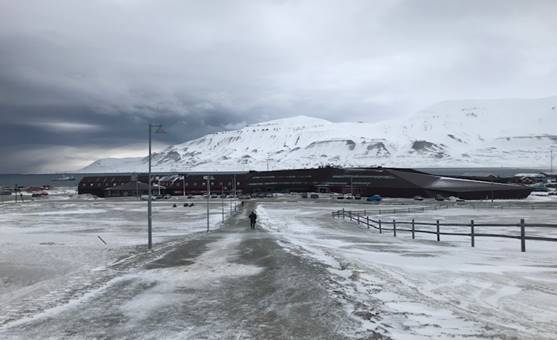 In May I had the possibility to go back to Longyerbyen, Svalbard, to present my work at the Arctic Safety Conference which took place at UNIS from 13 - 15 May. The work is part of my PhD and INTAROS Workpackage 4 on community-based observing programmes for participatory research and capacity-building. The topic of my presentation was:Knowledge based planning, development and monitoring in the Arctic. Linking top-down with bottom-up approaches.

Pictures from the conference.

Safety and risks involve people and local communities, especially in areas that are inhabited. This is also true for the Arctic region, where both indigenous people, and other settlements and communities are challenged by climate change and increased risks due to more frequent extreme weather conditions and natural disasters. …
Read more

Svalbard and the Arctic Region on the agenda during "Arendalsuka" 2019. 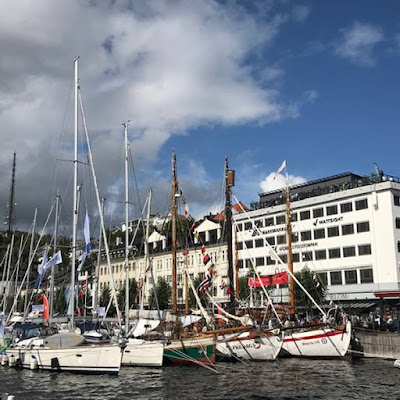 From Pollen, in the harbour area of Arendal. Photo: Lisbeth Iversen

During “Arendalsuka” 2019, the week from August 12 until August 17, I had the pleasure of beeing present in many seminars and debates. “Arendalsuka” is an independent initiative started in the city of Arendal in the south of Norway in order to contribute to political debate in public spaces in Norway. Many of the political leaders from the Government and the Norwegian Parliament take part, together with national, regional and local organizations, municipalities, Universities, research institutions, business actors, and inhabitants, including youth and children.

In this blog post I will give some highlights from debates and seminars concerning Svalbard and the North, relevant to my work as a co-leader of the Horizon 2020 project INTAROS; Integrated Arctic Observation System work on Community Based Monitoring of the Arctic.

The opening of the "Arendalsuka" 2019. Photo: Lisbeth Iversen

INTAROS Project
Developing an integrated Arctic Observation System by extending, improving and unifying existing and evolving systems in the different regions of the Arctic.